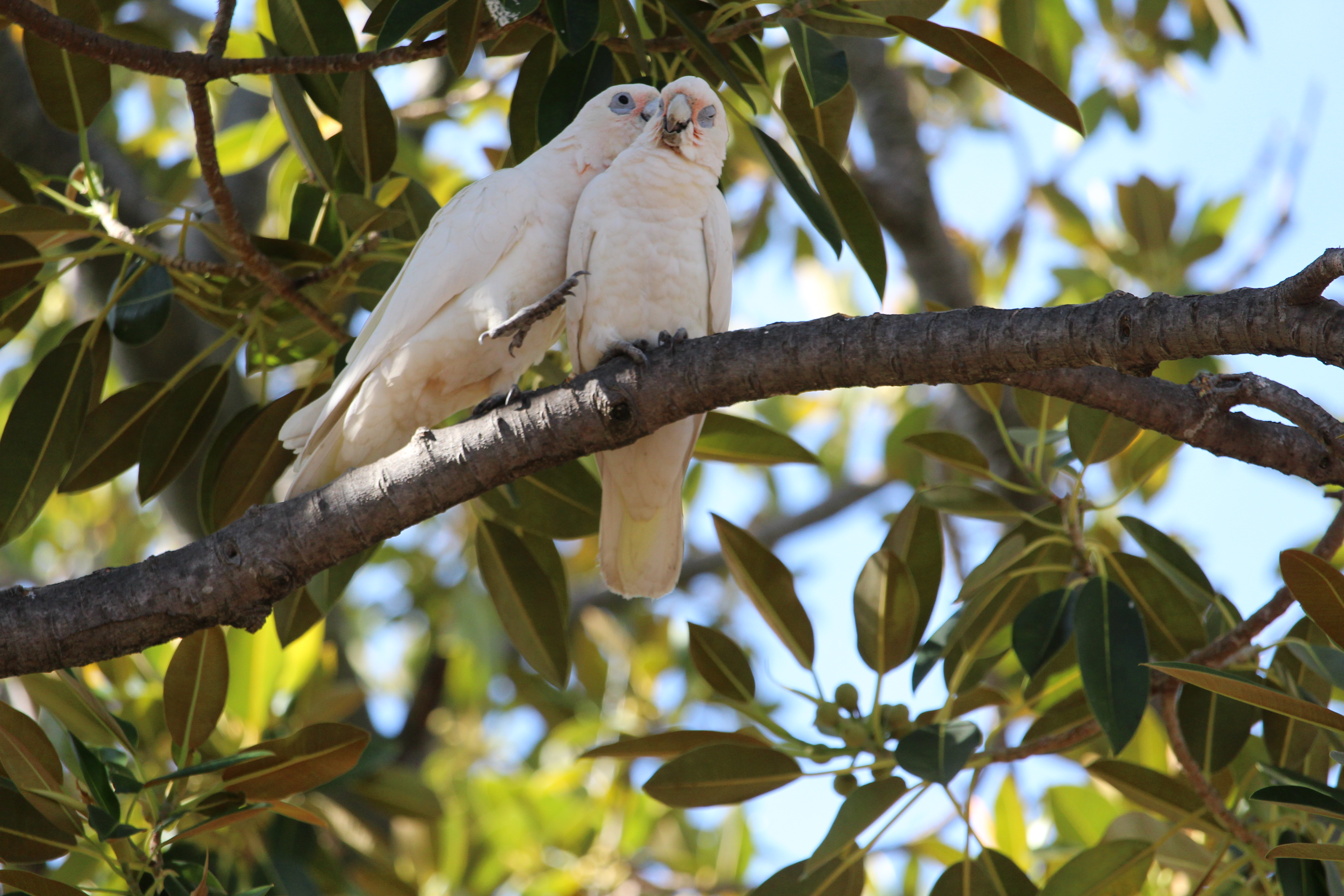 For Valentine’s Day, my wife and I decided to take a day trip to Mandurah and stay overnight. We had never been there before so didn’t know what to expect. What we found was beautiful city of waterways, canals, parks and restaurants.

Getting there is easy. Mandurah is part of the greater Perth area which extends from Mandurah in the south to Yanchep and Two Rocks to the north. The TransPerth transit system covers most of that area. The rapid transit electric trains run in five directions from Perth like the spokes of a wheel. The northern line ends at Butler, not far beyond Mindarie.

We usually catch the train at Joondalup but Sunday our daughter and her fiancé were off on a trip to Ikea so they dropped us near there at the Stirling Station. Now weekends and holidays are the time to travel on TransPerth. They have what is called a Family Rider pass. For just $12.10, you and your family (up to seven people though only two can be standard fare – the other five must be children or seniors) can  travel all day on the transit system. So for $12.10, my wife and I could travel all the way to Mandurah, 72 kilometres from Perth.

After switching trains in Perth we rolled on the our destination. The TransPerth electric trains are amazingly quiet. No clickety clack of the wheels, a smooth ride all the way.

When we arrived in Mandurah, which is Western Australia’s second largest city with a population of just over 83,000, we hopped a bus to the city center where our hotel was located. We stayed at an older hotel called the Atrium Resort. It was comfortable, though not a first class hotel. It is a bit older and could use some upgrading. But for us it was perfect. The location was fabulous – right smack in the hub of activity that is the waterfront.

We checked in and dropped off our knapsack, then walked the short distance to the boardwalk. The town hall is on the end and just past is a visitor’s center and a long park, the Eastern Foreshore, which was festooned with small tents for a craft fair and carnival. We decided to save that for later and turned onto the boardwalk. There we saw people aboard a small cruise boat run by Mandurah Cruises. The boat was to leave in twenty minutes so we asked where it went and what it cost.

It was the 1 PM sailing and it was a half hour longer than the usual hour long cruise as it included a stop to pick up optional lunches. The tickets were $22 each for seniors so we said, “Heck yeah, let’s go!” We bought a fish and chip lunch to split for $12 as well. The boat had a licensed bar aboard so we could get drinks with lunch too.

The map above should help locate the places I’ll mention. You can zoom in and move the map around as needed.

The Peel Inlet channel runs to a large inland waterway which is almost a lake except it is salt water and connected to the ocean. Our cruise boat left the dock near Cicarello’s Restaurant and headed around Stingray Point to the entrance to the Mandurah Ocean Marina and docked by Nino’s Restaurant at Dolphin Quay to pick up the food. Then we headed back out to the channel. Along the way we passed some canals surrounded by apartment buildings – the little Venice area.

Back in the channel, we headed towards the entrance to a series of man-made canals surrounded by million dollar homes. But before we got there, dolphins were spotted. We had been told sightings were a distinct possibility and we were pleased to find the boat attracting a pod of around six dolphins. They swam around the boat, under the boat and traversed in front of the bow. My wife and I were sitting right near the bow so we got a great view of the dolphins as they frolicked around.

A lad of four named Liam was standing beside us and he was very excited by the dolphins. A real chatterbox and quite bright, he was lively company on our trip. He was quite intrigued by my camera and asked to take pictures. His mom intervened when he got a bit too rambunctious, but we found him almost as entertaining as the dolphins.

After the dolphin encounter, we headed into the canals with the million dollar homes. The land used to be a farm – Sutton Farm, but was turned by developers into a luxurious and wealthy enclave within Mandurah. We coursed through the channels admiring the houses and their docked boats. Must be nice to have that much money, though we heard that real estate prices have dropped around twenty percent in Mandurah and many of these homes have lost a significant amount of their former value. We saw a few for sale including one by auction.

We emerged from the canals on the other side, a wider part of the channel leading to the Peel Inlet. There are nature preserves here and we saw black swans and pelicans as well as man-made osprey nesting posts.

We then headed back through the canals and back to port. A very enjoyable cruise and worth checking out on any visit to Mandurah.

After that we walked along the Eastern Fireshore checking out the vendor tents. It was pretty typical stuff. They did have camel rides at one location. But what caught my eye as we walked along was some activity in the water itself. We saw a guy on jet shoes flying high above the water. We walked on and got in for a closer look from a dock.

The jet shoes (actually called a jetboard but they look like a connected pair of shoes) are attached to a hose which is attached to the propulsion system of a jet ski. Jet skis suck water in the front and blast it out the back to move. They have quite a bit of power.

We watched the guy on the jetboard bob and weave and move all around. Looked like a heck of a good time. Flying around like Buck Rogers! I checked at their truck and they offer lessons for $149 for a half hour with discounts for two or more people. The company is called Jet X-treme. They’re only there on weekends. I didn’t want to do it right then but was pleased to learn they also offer their services at Hillarys Boat Harbour which is close to where we’re living in Ocean Reef. On my bucket list for sure!

Hall Park has an interesting war memorial but we didn’t walk that far. We crossed, watched the jumpers for a while, then headed back. One of the interesting things about Australia is the many different forms of wildlife. We’re always pleasantly surprised to see cockatoos in the wild as we did on our walk back through the park.

We decided to visit the Dolphin Quay area. We walked over the footbridge and through the many interesting shops and small restaurants along the way. Then we made our way past the marina to the breakwater. That’s one very large breakwater!

We then circled around some apartments and back to the shopping area, back over the foot bridge, and off to the Oceanic Bar and Grill for dinner. We had an Asian sampler and and some pizza bread along with a bottle of New Zealand’s Oyster Bay Sauvignon Blanc. A very tasty meal.

After that we walked through the Venetian Canal district and up around Stingray Point which has a very old and very large fig tree. We enjoyed a magnificent sunset and headed on.

We were pooped by then and decided to call it a day and headed back to the hotel around 7:30 PM. All in all, a very enjoyable day in Mandurah.