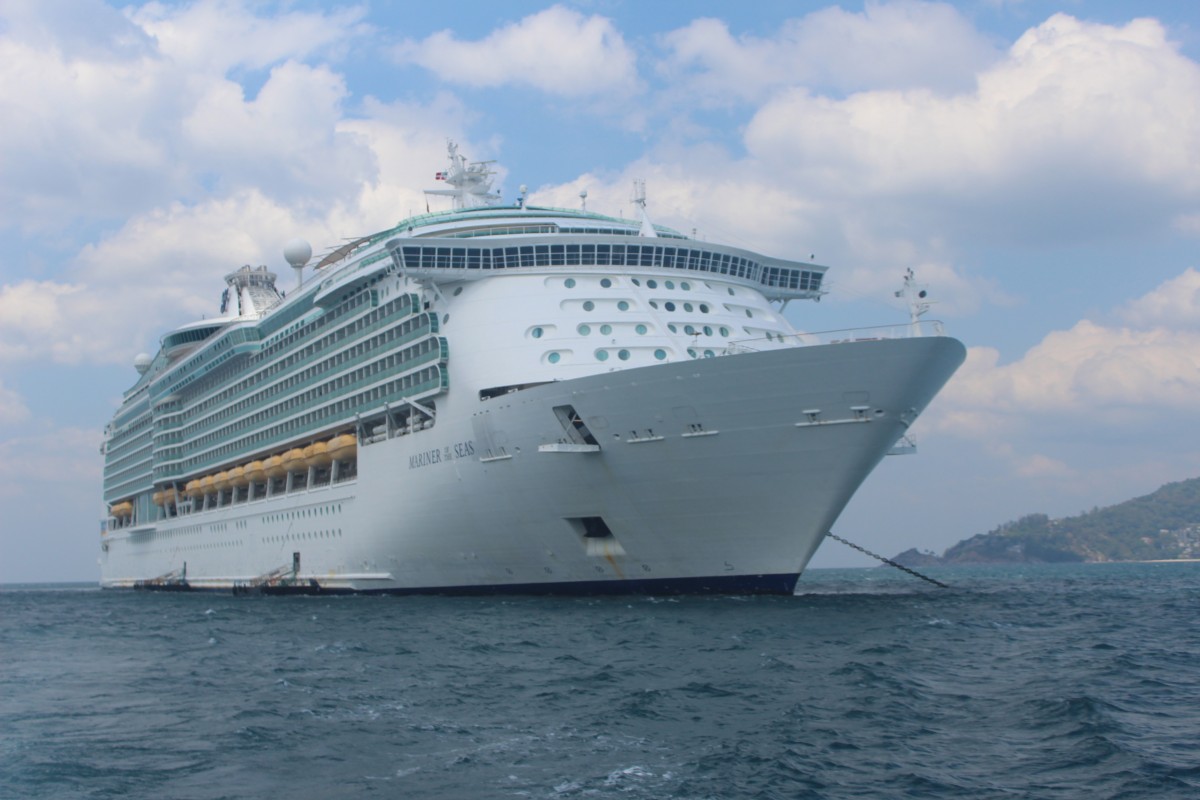 “They called her the Ship of Dreams. And she was. She really was.” You may remember those words spoken by old Rose in the movie Titanic. The Titanic was spectacular as the movie shows, with gilded dining rooms, gorgeous wooden staircases, luxury suites and more.

Of course, not all passengers travelled in such style. They also had a steerage section with bunk beds and much poorer amenities. And much of the more luxurious parts of the ship were off limits to steerage passengers.

But the Titanic was doomed! She hit an iceberg and did not have enough lifeboats to save everyone. Nor did the crew have training in how to get people to the lifeboats they did have and many of them went out only partially filled. The sinking of the Titanic was one of the most tragic maritime disasters ever.

Today things are significantly better. Not only are many modern cruise ships much larger (the 60 largest cruise ships in the world are all larger than the Titanic), they are as luxurious, probably even more so. And while the price of suites varies, the poorest suites are still very comfortable and everyone has access to the fine dining rooms, the swimming pools and all the other facilities of the ship.

Modern cruise ships truly are Ships of Dreams. They really are.

Unfortunately, my wife and I got into cruising a bit late in life. We took our first cruise in 2005 when our friends Chris and Sheila invited us to join them on a repositioning cruise from San Diego to Vancouver. I was 57 then. The cruise was on board Royal Caribbean’s Radiance of the Seas. It was a terrific experience and got us hooked on cruising.

In all we’ve taken the following six cruises:

I’ll write about the different ports of call for each of these cruises over time in this blog. But today, just an overview of cruising in general.

When you consider that the cruise includes accommodations as well as all meals, it is certainly one of the most economical ways to travel. Many cruises can be had for just over $100 a person per day.

Repositioning cruises are usually a bargain. What’s that, you ask? Cruise companies have some of their ships do seasonal runs. For example, there is a regular Alaska run from Vancouver to Alaska during the summer months. But in the fall, the Alaska run ships are moved down to Los Angeles or elsewhere. And vice versa. Our first cruise was an end of season run from San Diego to Vancouver. The ship had finished up a Mexican Riviera season and was heading north for the Alaska run

Our third cruise was a repositioning cruise as well – from a Caribbean season to a Mediterranean season. Fort Lauderdale to Barcelona. I don’t recall the price but I believe it was under $100 a person per night.

Boarding usually takes several hours so if you board early, you get the run of the ship for a few hour before leaving port. You can dine at one of the many dining rooms, or hang out at one of the pools soaking up the sun and sipping a Margarita.

All the ships we’ve been on make a big deal of leaving port with a poolside party, a live band, and special drinks at a discounted price. (While meals are included on a cruise, alcohol and some drinks are not). We always enjoy leaving port. It’s always a party atmosphere.

Meals aboard every cruise we have been on have been superb. First class food and first class service. You have three people attending to you – your waiter, your assistant waiter and your head waiter. Like all staff aboard modern cruise ships, they come from all over the world. We have forgotten most of their names over time, but we always remember our assistant waiter from our first cruise. She was a delightful person with a delightful name – Lily. Made memorable because she was from South America and always introduced herself as Lily from Chile!

Most modern cruise ships have many amenities to keep passengers entertained. Every ship has a swimming pool, usually several. Hot tubs too. Many have large theatres for live shows. And some of the fancier ships have such things as skating rinks, ziplines, waterslides, flow-riders (so you can learn to surf), rock climbing walls, video arcades for teenagers, basketball courts, miniature golf and so on. You’ll also find spas, hair salons, gyms and fitness centres.

Each cruise also has a Cruise Director who is the manager of entertainment on the cruise and acts as Master of Ceremonies for most shows and events. On our last cruise, our cruise director was a fellow named Fang from Mainland China. Back in Mao’s day he would probably have been shot for such decadent behaviour.  China’s come a long way, baby! There were, in fact, over 500 passengers from China on that cruise.

Each ship has its own orchestra and singers and dancers. On our tran-Atlantic cruise, we were seven days at sea without seeing land and the dancers offered hip hop dance lessons for free. My wife and I and our friends all took part and performed in the last evening’s show!

On three of our cruises, the ships had huge promenades with shops, pubs, and coffee shops. They were on either side of a large boulevard down the middle of the ship, as wide as a street. An overhead walkway provided the centre stage for occasional street parties.

Most modern cruise ships stop along the way and there are organized excursions at each port of call. You can take an excursion or just leave the ship and wander around on your own. The excursions cost extra but sometimes are well worth it. Prices vary.

On our cruise from Fort Lauderdale to Barcelona, we took an excursion in the Canary Islands to Mount Teide, a dormant volcano and the setting for the movie One Million BC with Raquel Welch. I wrote about that in a previous blog post. But we decided to wander on our own in Lisbon, Cadiz and Malaga and enjoyed those visits immensely, discovering things on our own we would probably have missed on an excursion. I’ll write about those in upcoming posts.

On our last trip we took excursions at each port of call, but regretted one of them – it was remarkably dull. But it was mercifully short and we had some time to wander on our own. Other excursions were money well spent, particularly one we took in Phuket, Thailand. We also enjoyed our excursion to Kuala Lumpur which I’ve also written about earlier.

All in all, we have really enjoyed cruising. It’s a relatively economical way to see a lot of the world in a short space of time. Most of our cruises have been for a week. Our longest was for two weeks. But there are many cruises that last over a month.

We will cruise again. So far we have only been on two cruise lines – Royal Caribbean and Princess Cruises, but we would like to try other lines. In port we have seen the Norwegian Cruise Line ships and they look terrific. The Disney Cruise Lines also look good, but probably have lots of kids aboard and are not as geared to adults. My parents, because they were Dutch, always cruised with Holland-America Lines, partially because many of the crew spoke Dutch.

More on cruising and specific cruises in later posts.