My wife and I along with some visiting family, took in the event on Monday and wow – it truly is a sight worth seeing. The gardens cover six acres and includes twenty-five varieties of sunflower as well as sixty varieties of dahlias. There are also several long rows of gladiolas. The map below shows the layout. 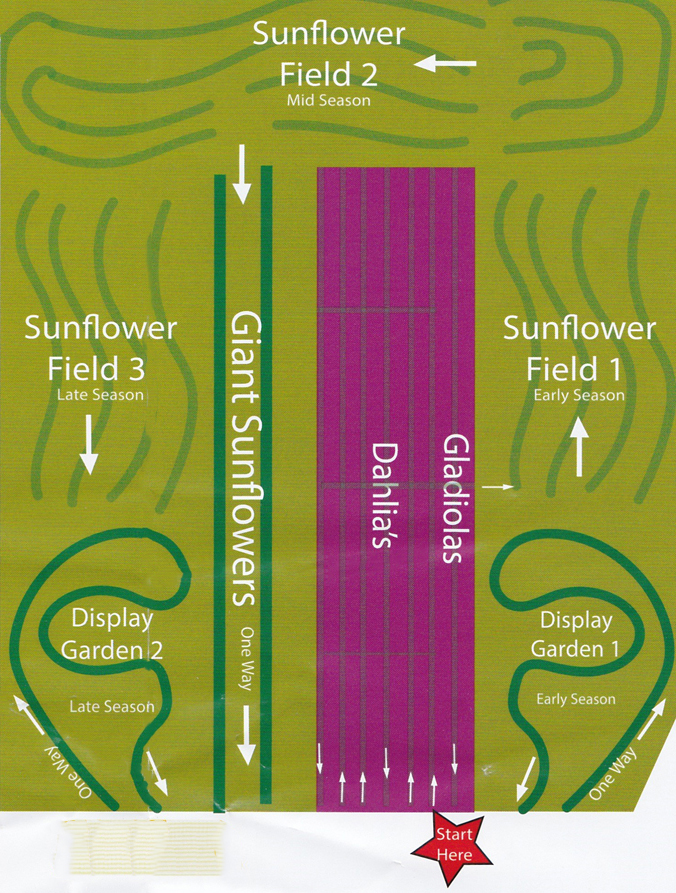 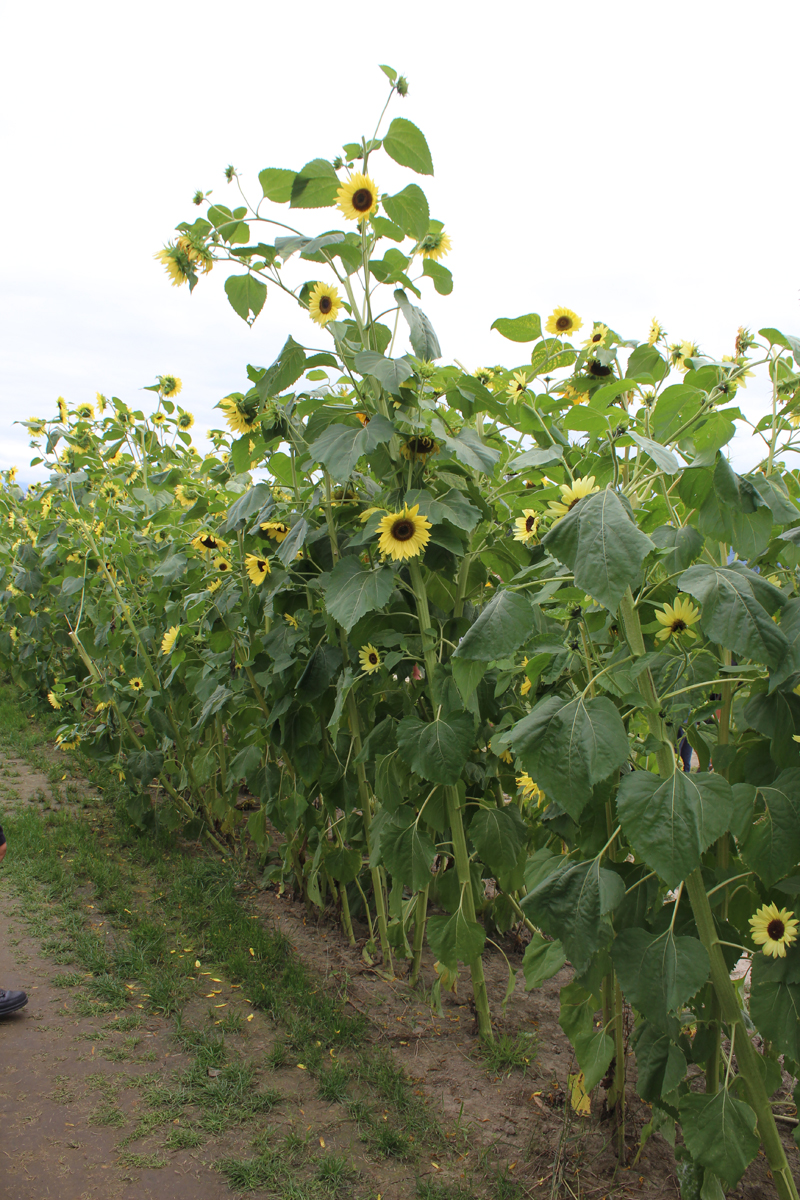 Most varieties of sunflower are quite tall, with some very tall indeed. An idea of the size can be seen in the photo of my wife and daughter below. 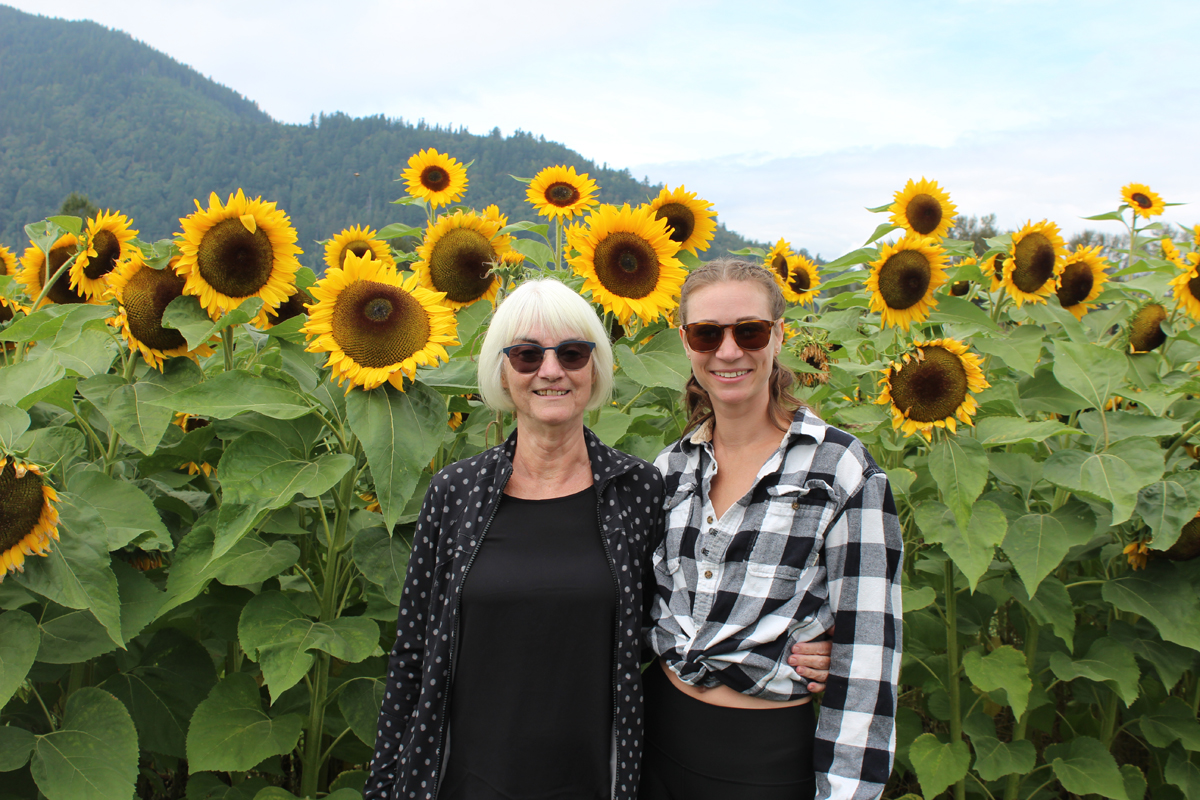 There are a few artifacts that have been added including a large double swing shown below. That’s my daughter and her husband. 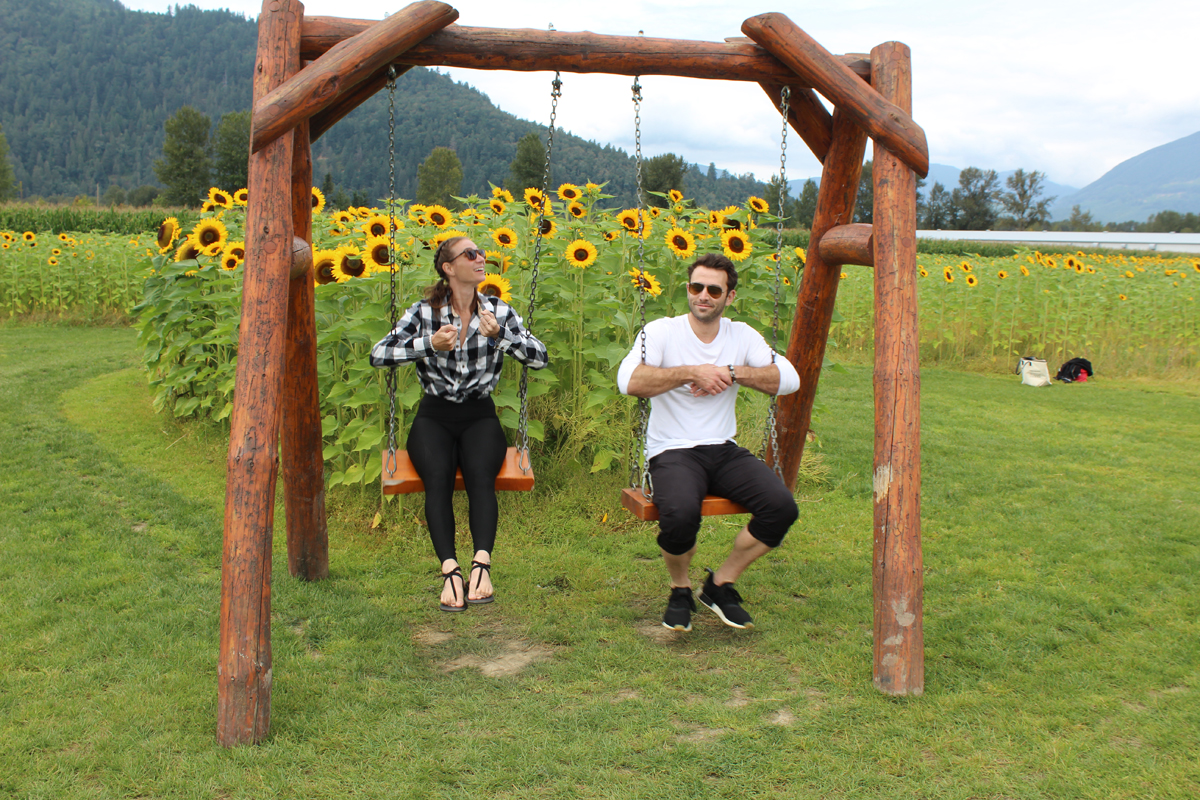 And they also have a vintage 1950 Morris, somewhat rusted but interesting all the same. 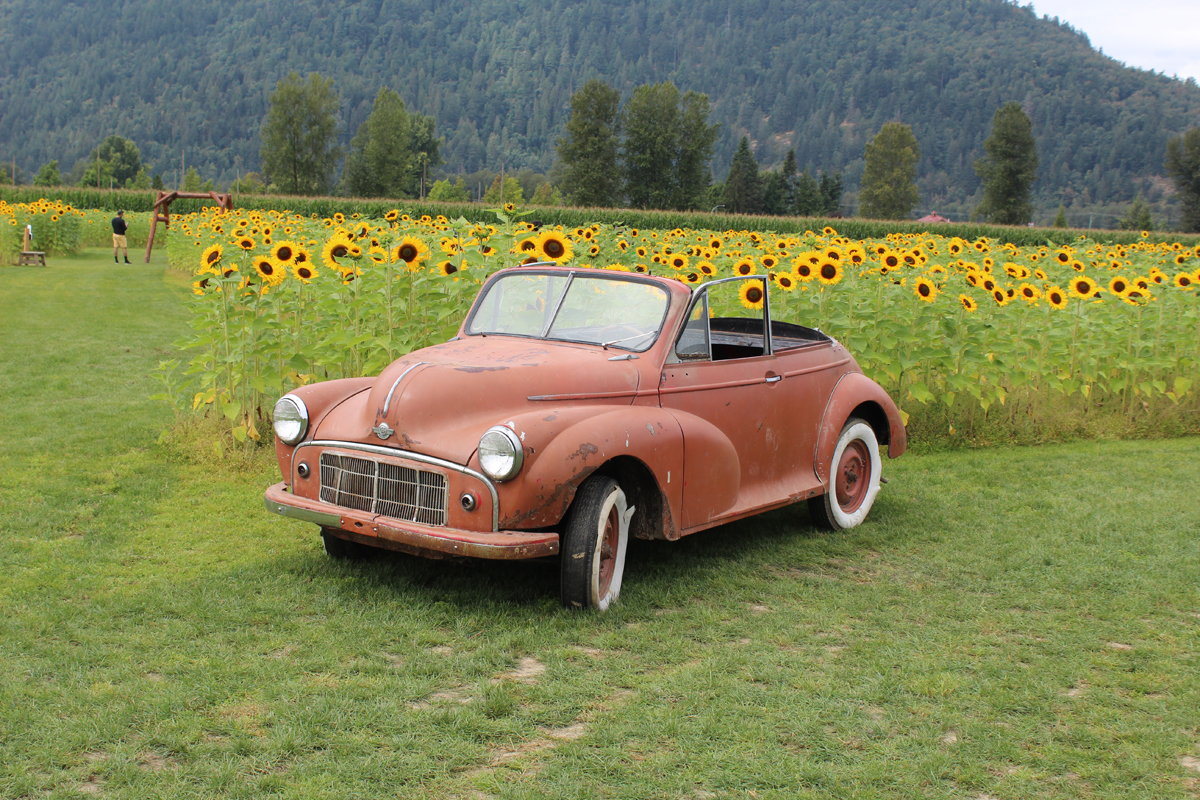 The family owning the property is probably Dutch as there is a large wooden shoe at the entrance and a small windmill is one of the features.

We enjoyed exploring the sunflowers, but what impressed me most was the gladiolas and dahlias which are at the center of a horseshoe of sunflower beds. A large variety of dahlias were planted in long rows, and there were several rows of glads in vibrant colors.

One of the things we noticed was the large number of bees attracted to the flowers, particularly the sunflowers. There were the traditional honeybees as well as larger black bees, possibly carpenter bees.

Scattered throughout the fields are five lookout platforms. They are not very high, maybe two to three fee in height, but they do give you a chance to look over the tops of some of the taller plants and get a broader view of the fields.

While some of the sunflowers had faded, others were just starting to get into full bloom. Many of the giant sunflowers had gone to seed but are interesting to observe the layered structure of the flower.

The Chilliwack Sunflower Festival is quite easy to get to. From Vancouver, drive east on the Trans-Canada Highway to the Yale Road exit in Chilliwack. Turn right on Yale Road and almost immediately turn right on Royalwood Drive. You can’t miss it. There’s a map on their website.

Because of the current Covid-19 pandemic, you have to book ahead of time online. Payments are not accepted at the gate. It’s $20 per person if ordered on the day of attendance and only $15 if ordered a day or more ahead.

Visiting hours have been extended to Sept. 13th.